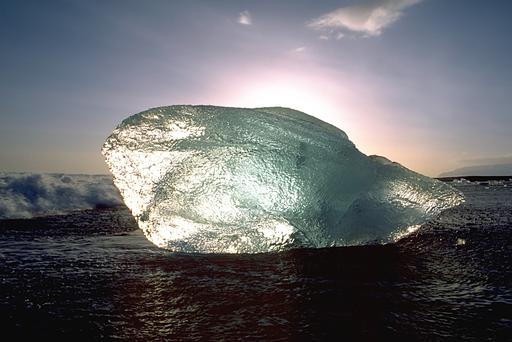 The world of Entropy Rising is a homebrew world. Largely the creation of TJ, it is vaguely based on the default “Points of Light” setting of 4th Edition Dungeons and Dragons. TJ developed a basic history and a map of the world. However, players are given a great deal of latitude during gameplay to cooperatively world-build as well. The history is as follows. Please visit our wiki to learn more.

More than 4700 years ago, peace and prosperity reigned in The World.  The Empire of Alel (pronounced ahl-ehl) was central to this, as the dynasty of the Ice Kings had been unbroken for 12 generations.  Each king was a mighty warrior, but also was considered a great philosopher.  Recognizing that peace was the greatest legacy they could leave, each found a way to marry a member of a nearby royal family, until all the disparate kingdoms on the Great Continent were joined into the single Empire of Alel.
The former kingdoms became provinces, and along with Alel, formed a circle around The Wildwood.  The Wildwood remained the one area of danger in the empire, but at the behest of the elves (who at the time had ceased living in The Wildwood and had formed their province in a newly grown, domesticated wood), the Ice Kings allowed the Wildwood to grow and shelter its myriad inhabitants.  Each province was centered on a capital city, surrounded by the farms, fields and mines that would provide sustenance for the residents of the capital, and fodder for trade with neighboring areas.  Paved roads snaked across the lands and over the mountains, facilitating trade, and more importantly, the free exchange of ideas.
However, these conditions, in the presence of magic, can lead to dangerous times.  Because when a mage no longer needs to consider satiating their ruler’s lust for new means of magical destruction, their minds may turn a different direction.  And that is how Valeed, the personal mage of Freezerburn Niles, “The Ice Cube Cowboy” and Emperor of Alel, came to contemplate his role.  When peace became widespread, the most common cause of expiration became disease.  As the Kingdom of Alel spread its roots, rulers instituted laws and systems that stemmed disease.  Now, during the time of Valeed, most inhabitants’ lives were shortened only by the natural effects of aging.  Valeed believed that his life’s goal was to remove even this impediment to life so that every person of every race could live until their affairs had been tended to, and then take their leave from The World at a time of their choosing.
He spent much of his life sequestered in a tower, working out a method to sustain a person’s vitality.  On his 88th Solstice, he began to perform the ritual that would stop death from taking anyone who didn’t personally invite it.  It was a massive spell, as it wasn’t being cast on a person, place, or even a group.  It was being cast on the entire world.  It is said that his incantation was so long that his mouth dried, cracked, and bled, as he worked from dawn to dawn on the longest day of the year.  As the story goes, upon completion of the ritual, he fell dead.
In the days to come, the survivors cursed him for his cowardly retreat from the world, for his spell did not work as he had intended.  Rather than warding off death, he unleashed waves of undeath, generating skeletons, zombies, ghouls, vampires, mummies, and lichs.  Many in the capital city of Alel did not have the willpower to withstand the magical blast, and died that very day.  Valeed’s Misfortune resulted in a sustained war, the first The World had seen in over 200 years, which broke apart every kingdom on the continent.
SINCE VALEED’S MISFORTUNE
Since the fall of the Empire of Alel, none have managed to unite the lands.  This is mostly due to the spread of The Wildwood (now simply referred to as The Wild).  Since Valeed’s Misfortune, the expansion of the Wild went unchecked, tendrils have moved into occupied lands, and its denizens have become more brazen.  In some provinces, it has even overtaken entire cities.  The Wild takes many shapes – swamp, mountain, forest, plains – but its defining characteristic is that you are far more likely to find animal or monster in the Wild than the rare traveler of a civilized race.
Most villages are comprised of inhabitants of the same race, though diversity is not unheard of (usually in the form of half races, the result of a brief love affair from a townsperson and a travelling adventurer). Most mingling occurs within the walls of the small cities that can be protected by a lord or lady and their army.
These villages and cities do not have borders that bump into one another.  Rather, they have borders that they protect from contraction against the steady expansion of The Wild.  Roads are not maintained; the work is too dangerous, and no one ruler would risk their resources to fix a road that would supply other areas.  This ensures that the few traders brave and lucky enough to make successful calls between communities can charge a price for their goods that allows them to live a comfortable life, or retire at a young age.  Owing to the threats that exist between centers of civilization, large scale conflict between groups rarely occurs.