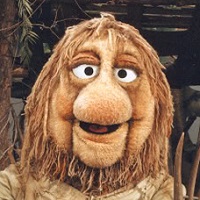 att is a level 19 human male. During college Matt once volunteered for a sleep study to earn some quick spending money. He hasn’t slept since. Something of a major oddity, he is known in scientific circles as “the man with no circadian rhythm” or, more simply, “Sleepless in the Saddle.” He has been the subject of a number of major studies, with participants including the Harvard Division of Sleep Medicine, the Stanford Center for Sleep Sciences and Medicine, and Motel 6’s Institute for Inexplicable Reservations. Sadly, none of these studies made it to print or even completion, as Matt’s continuous use of puns was found to violate even the most lax ethics requirements set by the institutional review boards for the humane treatment of researchers. Researchers have released partial data, if only to close the book on the entire unpleasant affair, revealing that Matt is what is known as a “quantum sleeper.” That is, unless observed, he is simultaneously awake and asleep. With nobody willing to actually observe Matt for any length of time, he remains a mystery.

Steve contains sodium benzoate, castoreum, “about 50 slim jims,” and trace particles of funk. He should be allowed to warm to room temperature before serving, as this will improve the overall experience for all parties. Among connoisseurs, Steve is commonly paired with peanuts and leftover birthday cake, though the less-than-desirable finish is noted. Steve is currently in a long-term relationship with a Nordic Track which “rocked his world” in 1997. He likes to say he hasn’t seen straight since that first starry-eyed meeting with the lucky Track. The two enjoy long skis on the beach, knitting, and IcyHot. They are currently discussing how to overcome the painful friction in order to start a family. Steve also holds the Guinest World Record for “loudest speaking voice.” Sadly, he keeps beating his own record as he ages and deafens himself with his own incredible voice. Paul wants you to know that in the event of his demise, including and perhaps especially as a result of old age, Steve probably did it.

TJ is the progeny of a sixth-dimensional parallax waveform being who inexplicably mated with a piece of highly-processed mozzarella string cheese.  Though incredibly white, overly thin compared to his height, and in possession of one of the limpest handshakes on record, TJ is nonetheless quite delicious. He has been cited numerous times in both the past and the future for his continual unauthorized use of Abraham Lincoln’s beard. Litigation is underway in both Pennsylvania and Ohio on behalf of their Amish communities who regard TJ’s facial hair as slander. Fortunately, it’s not all bad, as TJ has earned international recognition in his field and even has an eponymous unit of measurement, the Teejay. One Tj is equivalent to 120 persons needing to be evacuated from any given premises due to gross incompetence, unfathomable error, or dire miscalculation. TJ also made a significant contribution to modern popular music with his 2011 hit single, Rage Boner. Though largely forgotten after blowing his fortune on investments into rum-infused cattle, his impact on current artists cannot be denied. TJ requested to be interviewed for this biography, but under the auspices of 6 LTM G. C. §4 ¶ 6, he was duly ignored. 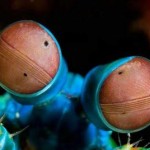 Paul simply has no equal among men. He is, however, outclassed by even the most incompetent of women. The son of a virgin man and a Bohemian bear, Paul is most famous for being the first non-Brazilian to travel through time.  He squandered this one-time trip to go to the past to re-watch a particularly funny incident involving a friend losing a cap on his tooth.  Paul made a living through most of the 90’s as a motivational speaker with the slogan of “Laziness is a Virtue.”  The pinnacle of this venture was hour-long informercials of Paul eating cookies on a couch, without pants, watching reruns of Red Dwarf, which occasionally still air on QVC.  Suffice it to say, he didn’t quit his day job.  His day job, quite appropriately, was as a man who stood on street corners with a sign saying “The End is Nye.”  Any attempts to contact Paul will be met with a cease and desist letter in short order followed by several subscriptions to Vibe magazine.